This open house was active from March 19 - April 11, 2021. Information on this website may no longer be current. Email us for more information.

This project is identified in the Hillsboro Transportation System Plan as a priority to improve bicycle and pedestrian connections. We are building a sidewalk and raised cycle track the full length of the project, creating a new route between homes and businesses.

The project is funded with $17.3 million through the Major Streets Transportation Improvement Program (MSTIP 3e.) 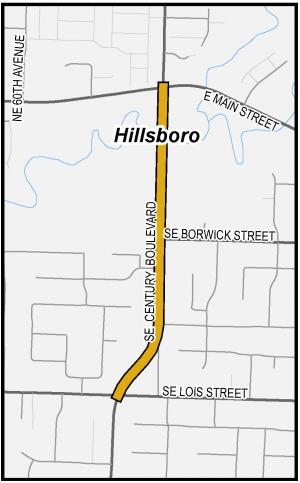